These interpretations were followed with a permissive suggestion that she might try to refrain from repressing angry feelings toward her mother when critical thoughts occurred, with an explanation of the naturalness of such feelings in spite of the traditional teaching that one should love one’s parents under all circumstances. It was then suggested that some mild self-indulgence such as lunch with her sorority sisters or an after-class drink in the drugstore with them if she felt the inclination might aid in her recovery, and that she go to classes or begin to study again only when she felt comfortable and wished to. But, in order to protect her from losing prohibitions too rapidly, she was urged not to indulge herself beyond her feeling of comfort. 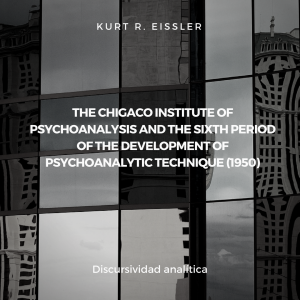